Me and my husband have been thinking about taking a vacation soon. Our three year wedding anniversary is coming up and I would love to take it around that time. For the past few years our vacations have been taken in Mexico. We always have a good time there. This year, however, we are planning on crossing the Atlantic Ocean. Here are some spots that I have in mind so far...... 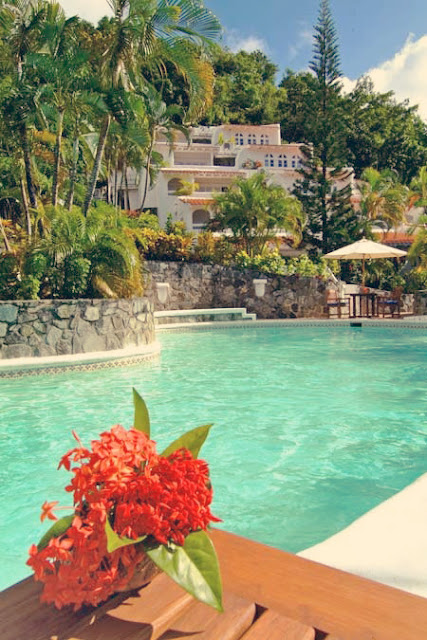 St. Lucia is one of my top choices. I guess our decision is going to come down to Island vs. City? Too be honest I wouldn't mind relaxing on the beach with a great cocktail. This could be paradise. 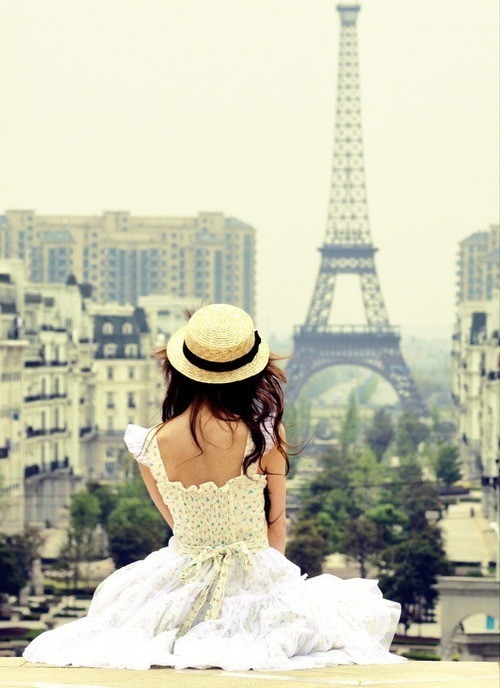 Oh Paris. Everyone must visit this city one day, right? Maybe for me it will be this year. 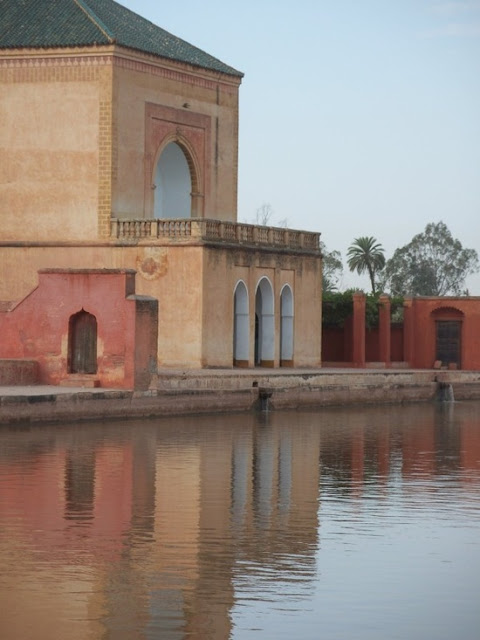 Morocco, I have been wanting to visit this country ever since I was a kid. I am in love with their colorful architecture, beautiful textiles, handmade costume jewelry, rich food and culture. 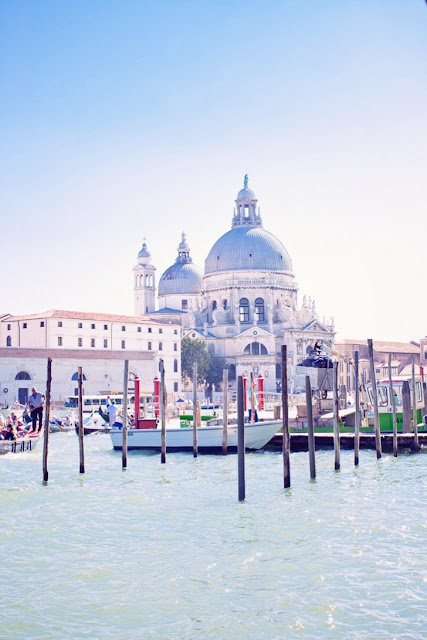 Venice is also on top of our list. This romantic city will be perfect for our third honeymoon.

Have a Relaxing Weekend 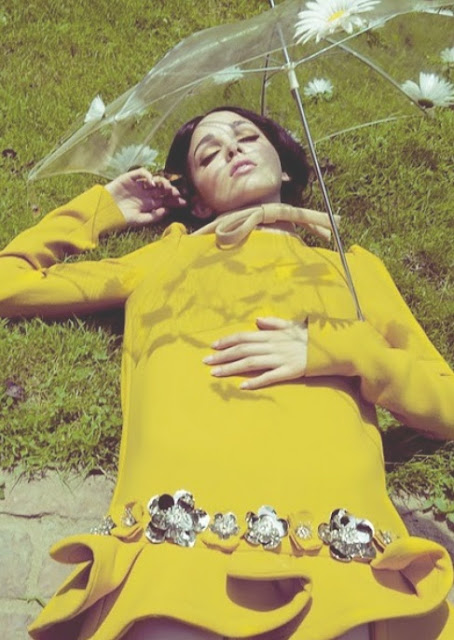 I'm looking forward to a relaxing, but fun weekend. If your bored, live in LA and have nothing to do this weekend, then check out this list of happenings going on around town....

If you didn't get to go to the Renaissance Faire, this weekend is your last chance to do so.

J Brand jeans is having an outlet sale this Sunday, you can score on $60 jeans.

In the mood for treasure hunting/hipster spotting? Check out the Melrose Flea Market this Sunday.

Visit one of my new favorite coffee shops Republic of Pie in the ultra hip NoHo Arts district.

Image
Posted by Araceli Gomez at 1:04 AM No comments:

Diary of a Teenage Nobody 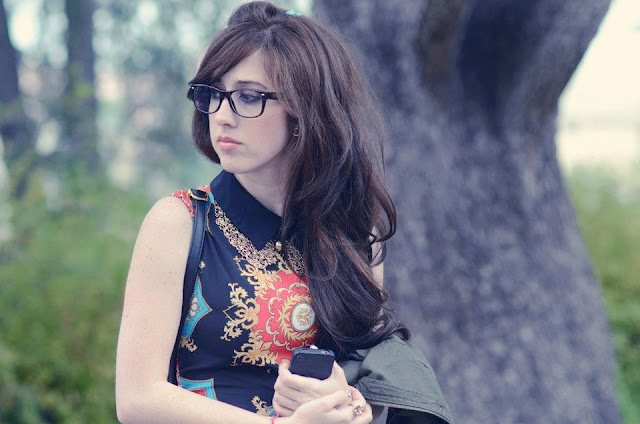 Last summer I designed the costumes for the Diary of a Teenage Nobody pilot. A coming of age webisode about the dreadful high school years narrated through the voice of "Riley", a beautiful, but rather misunderstood teenager, whose dark personality is highly influenced by Edgar Allen Poe. Her best friend Leila, is somewhat the opposite of her and she is known as the hopeless romantic character. 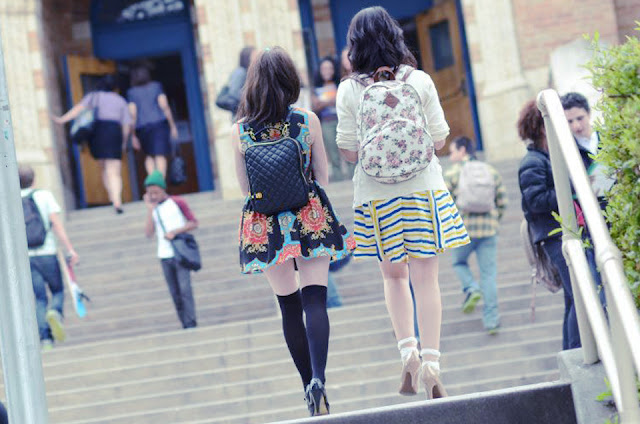 I really enjoyed designing the lead character's costumes. The contrast of personalities are shown in what they wear and how they wear it. Even though, Riley is considered the "goth" girl in the script, I didn't feel the need to dress her in all black. Her dress says so much about her, and her eclectic taste in literature. The light blue in her dress brings out her innocent and whimsical side, while the red/gold showcases a more dark sophisticated other half. 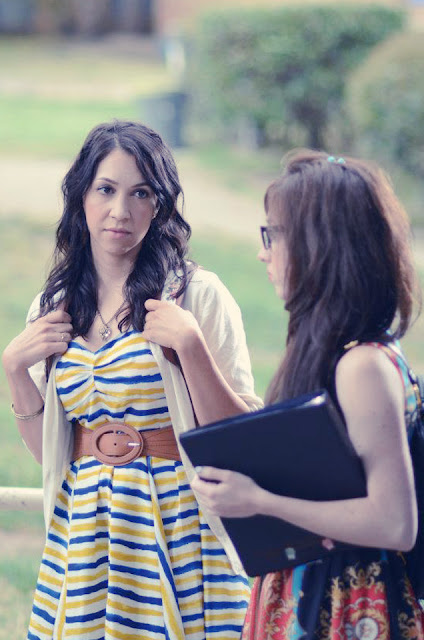 Leila on the other hand is more of a "happy go lucky" fashionista. She lives in a fantasy world that is constructed by romantic ideals and the hope to marry Ryan Gosling one day. It obvious that her look is more on the softer naive side. Her vintage inspired blue/yellow striped dress and light colored cardigan gives her the ultimate sweet and innocent look. 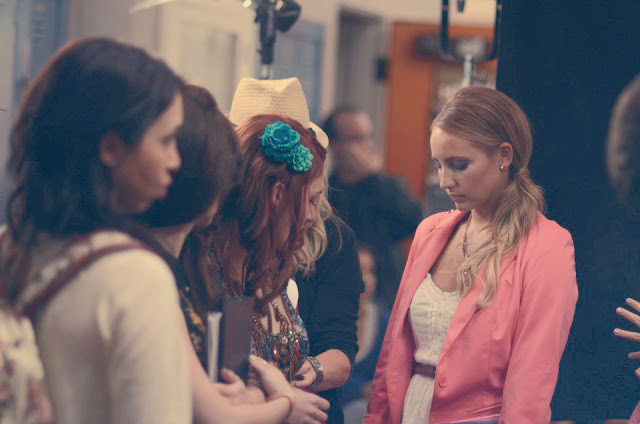 Behind the scenes. I love these candid shots. The character in the pink blazer is Janelle, the "popular girl". Her and her gang of mean girls go out of their way to make Riley and her friend's lives utterly miserable. 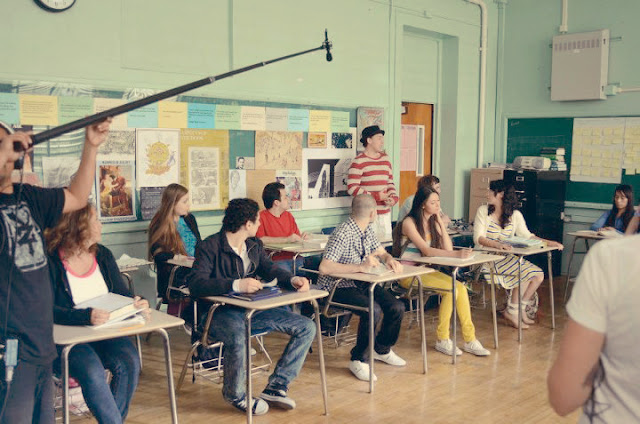 Behind the scenes continued.  I love this long shot. They're is so much color and pattern mixing going on. I even like the mint green walls, it gives this scene a nostalgic feel.
Make sure too watch the pilot here. Too find out more about Diary of a Teenage Nobody, make sure to visit the website here.  Don't forget to like them on facebook and follow them on twitter.
Posted by Araceli Gomez at 5:37 PM No comments: 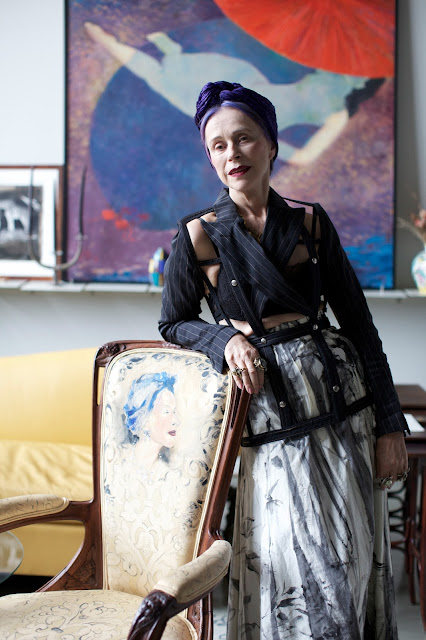 Last night I was going through my blog drafts and came across this post on "Advanced Style" that I began writing last summer. For whatever reason it was never published. Advanced Style, is a blog by photographer Ari Seth Cohen. He takes pictures of fashionable silver haired (sometimes pink haired) women, who are living proof that style gets better with age. As a tribute to Mother's Day weekend, I though it would only be appropriate to finally publish this post today! Feast your eyes on these beautiful portraits and get inspired.

(Above) The lovely 73 year old, Beatrix Ost. She looks like everything an artist would want in a muse and she wears turbans so well. 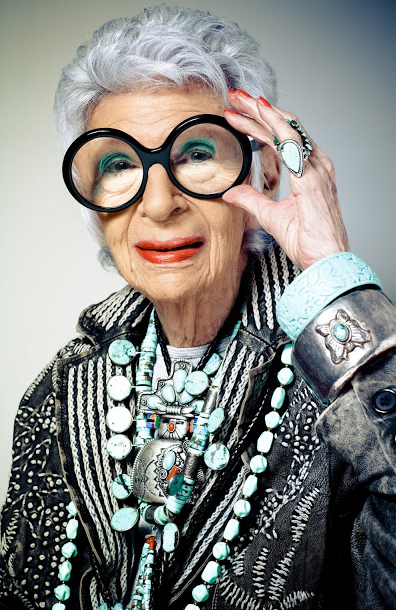 You might not know Iris Apfel by name, but I am sure you might recognize her by those fabulous oversized specs and costume jewelry. I first became familiar with this legendary fashion icon, through Bill Cunningham's blog and like everyone else, I instantly became enchanted with  her "style as art" look. Read more about her life here. 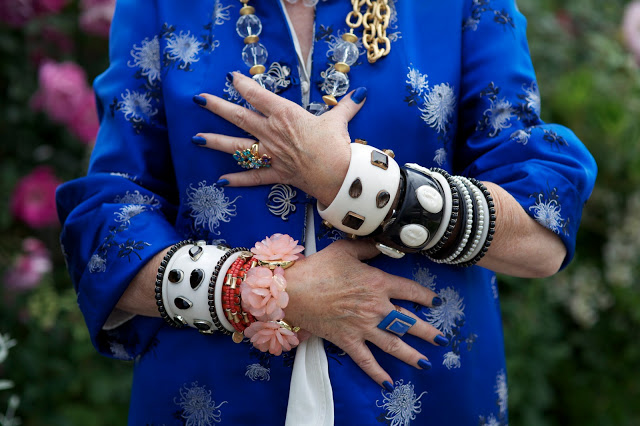 This is one of my favorite photographs. I love the clash of patterns, colors and jewelry. Dolores Forsythe, featured here, also happens to own a jewelry store in San Diego. Get the look here. 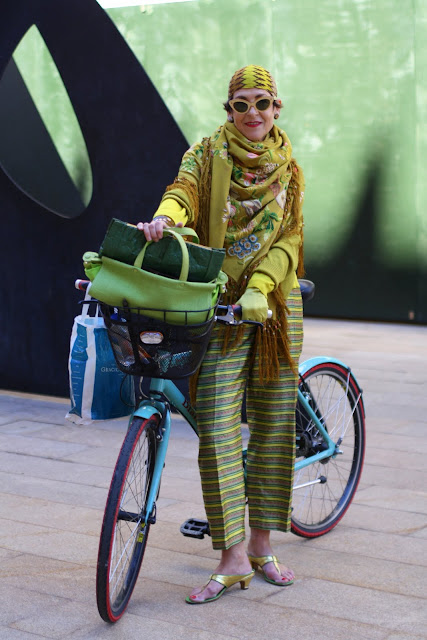 Meet Tziporah Salamon, yet another elegant woman with so much effortless style and grace. 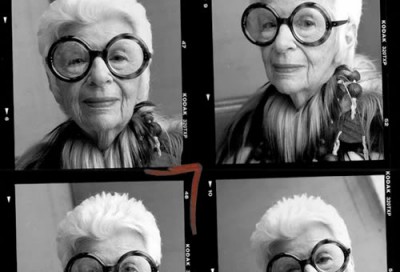 Can't get enough of Iris Apfel. Here's another one of her charming interviews. 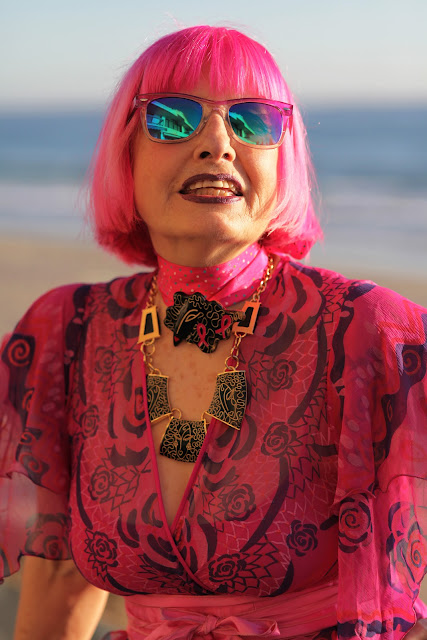 This post would not be complete without British Fashion Designer Zandra Rhodes and her famous quote, "Personality and jewelry will conquer everything." Read about her amazing career and life here. 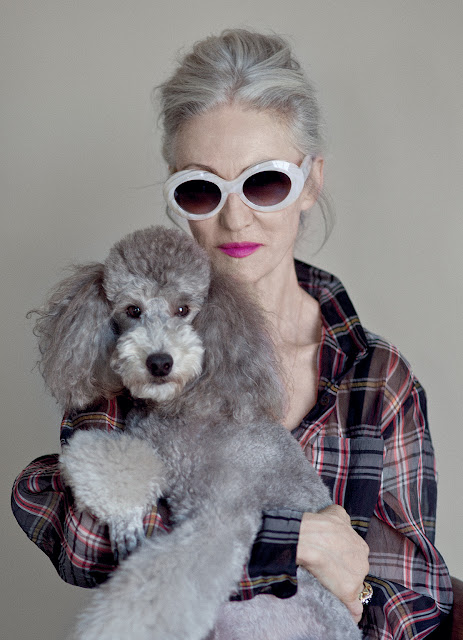 The beautiful Linda Rodin for Grey Magazine. Check out the the complete layout here.


I can't wait for the release of this film. Check out the trailer!
Posted by Araceli Gomez at 12:00 AM No comments: 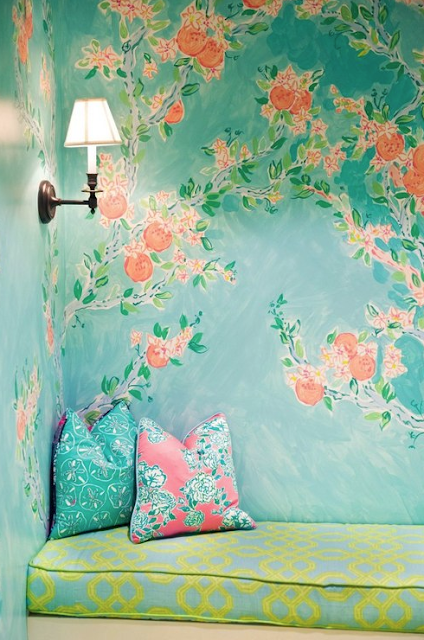 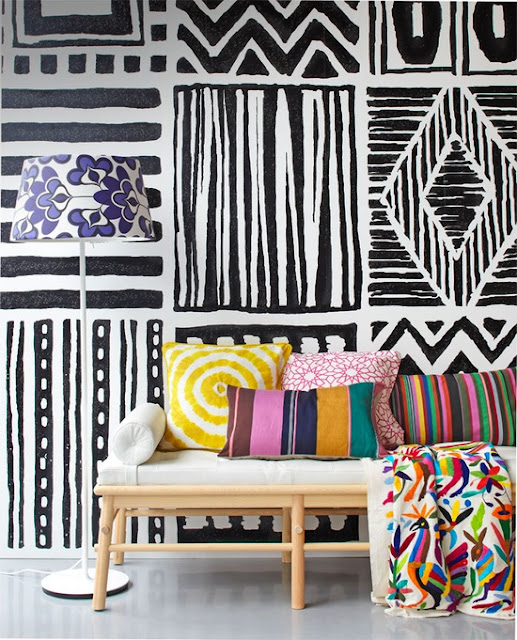 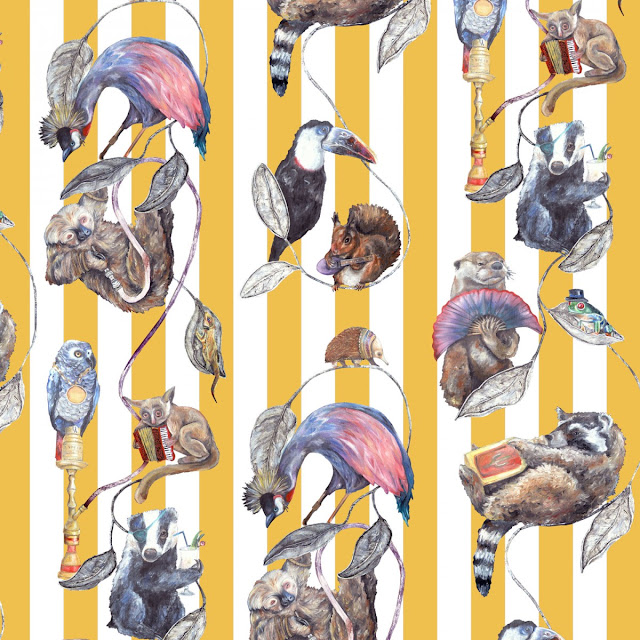 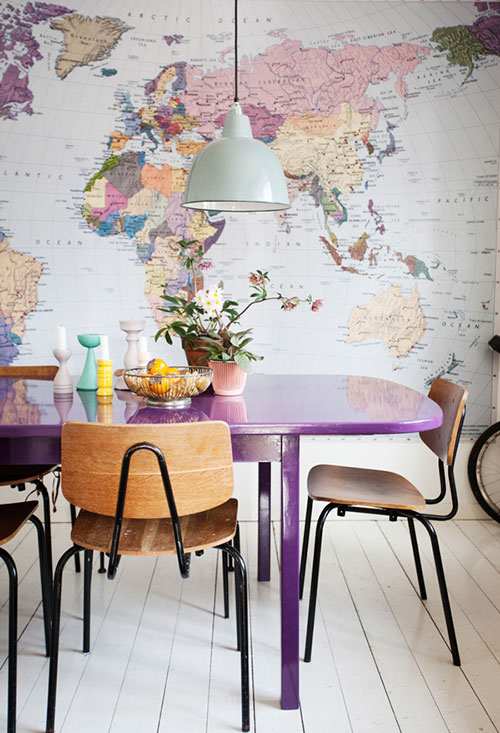 My current obsession right now is wallpaper. I am completely head over heels with all these variations of designer wallpaper. Which is your favorite? I love how it gives a room so much life and dimension. Each room in my house would be covered in wallpaper if it was up to me.

Posted by Araceli Gomez at 11:39 PM No comments: 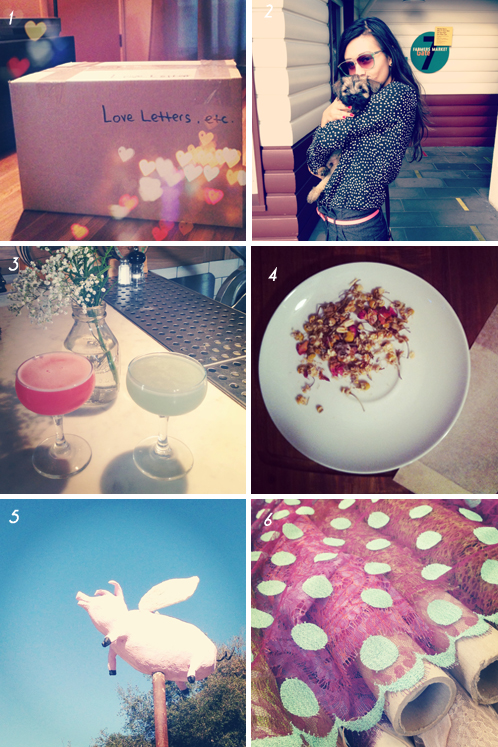 Here are some of my favorite instagram posts from the past three months of things that inspire me.

1. Love Letters .... A box full of letters that me and Angel have saved over the years. I boxed them up right before we moved out of our Santa Monica apartment!
2. Taking my new puppy Edison to the the Grove for the very first time.
3. Happy drinks at my one of my favorite spots, Short Order.
4. Organic rose tea I bought at the Studio City Farmer's market, check out their website here.
5. When pigs fly, somewhere on Topanga Canyon.
6. Designer polka dot fabric from Mood.
Posted by Araceli Gomez at 11:44 PM 1 comment: